Fans of Pride and Prejudice, starring Keira Knightley and Matthew Macfadyen, will recognise Wilton House as Pemberley and the magnificent gardens at Stourhead, where Elizabeth rejects Darcy’s first proposal of marriage. 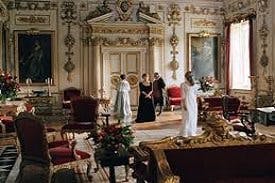 Explore the numerous film location in and around Wiltshire.

Mompesson House in Salisbury was the London home of Mrs Jennings in the 1995 version of Sense and Sensibility, with Emma Thompson, Kate Winslet and Alan Rickman. Wilton House’s Double Cube room was used as the ballroom.

Stonehenge was used in Tess of the D’Urbervilles, Doctor Who and Thor. The lake at Fonthill Bishop was used in Chocolat, and Trafalgar House nr Salisbury was used for Amazing Grace. 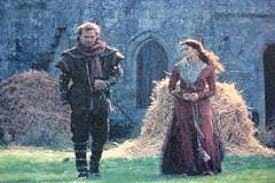 Lacock, dating back to the 15th century was home to Cranford and has hosted films and costume dramas including Pride and Prejudice, Harry Potter and The Other Boleyn Girl.

Castle Combe, a stunning village, located at the southern tip of the Cotswolds, has hosted Doctor Doolittle filmed in 1966, and Stardust, The Wolf Man and War Horse.

Pride and Prejudice was also filmed at Luckington Court Chippenham, Tess of the D’Urbervilles in Corsham. Walk Away and I Stumble in Calne and Chippenham. NorthWiltshire is the location for Lark Rise to Candleford. Bradford on Avon perfect for scenes from the Darwin biopic Creation.

Search film locations…Wiltshire has plenty to offer!
Coachmans Cottage in Steeple Ashton is the perfect luxury self catering holiday cottage. 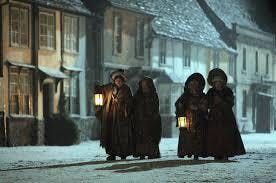 Guests can spend a whole week tracking down the above locations and many more not listed.