The Ruins of Farleigh Hungerford Castle Step Back in time 700 years.

Farleigh Hungerford Castle enchants all who visit, located in a beautiful valley of the river Frome, on the border between Wiltshire and Somerset where the beautiful surrounding countryside is a paradise for walkers. 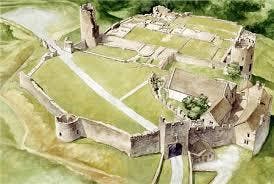 Started in the 14th century, some 700 years ago

The fortified mansion was occupied for 300 years by the remarkable Hungerford Family whose intriguing, and sometimes gruesome past can be followed on the excellent free audio tour. Stories include the spendthrift Sir Edward Hungerford IV gambling away a manor, through to the murder and burning of John Cotell in the castle kitchen.

Sir Thomas Hungerford was elected as the First Speaker of the House of Commons and his son was knighted by Henry VI, later fighting at Agincourt after which he received the Knighthood of the Garter. However in the War of the Roses, the family lost their lives and their castle reverted to the Crown. Sir Edward Hungerford inherited the castle in 1657 but gambled away the property in 1686.

Enter Farleigh Hungerford Castle Ruins through The Gateway with a carving of the Hungerford badge. 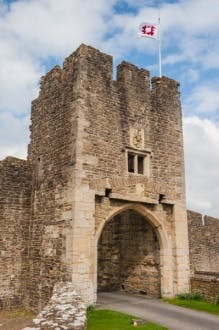 Continue on to The Chapel with beautiful stained glass windows, faded wall paintings, carved family tombs and grave slab. The Chapel is still used today, a favourite event is the Christmas Carol Service, the pulpit and altarpiece are carved from wood salvaged from the state rooms in the original castle.

The Crypt or Burial Vault is underneath The Chapel and holds the best collection of human shaped lead coffins in Britain, they contain the embalmed remains of four men, two women and two children, all thought to be members of the Hungerford family. If you dare take a close look some coffins have faces moulded onto them, these death masks were cast from the faces of the deceased, a chilling glimpse into the past. 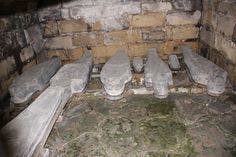 The Priest’s House, originally built in 1430 as a home for the chantry priest, but became a dairy and farmhouse after the Reformation. Today it is home to the exhibition of the castle’s history, including displays of Hungerford armour, a model of the castle and pictures of the castle from different periods. 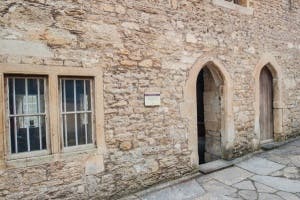 The Two Towers had spiral staircases to reach the five stories and some patches of plasterwork still exist today. The South West or Lady Tower is said to be the site of the imprisonment of Lady Elizabeth Hungerford by her husband in the 1530’s. 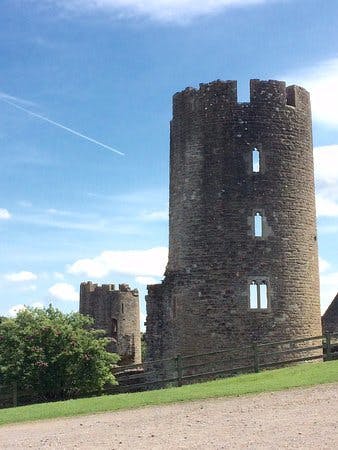 If you are tempted to visit Farleigh Hungerford Castle Ruins and are looking for a stylish and comfortable traditional self-catering cottage as a base for exploring the area, then Coachmans Holiday Cottage will be the one for you.

PLEASE CHECK THAT ANY EVENT/ATTRACTION THAT YOU PLAN TO VISIT IS AVAILABLE BEFORE BOOKING COACHMANS COTTAGE. WE WILL NOT BE HELD RESPONSIBLE FOR ANY CANCELLATION OF EVENT(S)/ATTRACTION(S) MENTIONED IN THIS BLOG AS THIS IS BEYOND OUR CONTROL.