Steeple Ashton, a most lovely and beautiful Wiltshire village, being both conservation and award winning.

Relax at Coachmans Cottage and enjoy life in this quintessential English village.

Granted a charter to hold a market back in 1266. Many pretty 16th 17th and 18th century houses remain today.

There is a wealth of architectural styles ranging from timber cottages, a Jacobean Manor House, Georgian houses, and even an occasional modern house has crept in.

The “blind house”, an old lock-up jail so named due to the lack of a window, with the only light coming from the grating in a fine original oak door, can be seen on the Village Green, a deterrent to naughtiness if ever there was!

St Mary’s Church is a magnificent example of 15th Century architecture, which can be seen from miles around, Sunday services are held here weekly. To hear why Steeple Ashton Church has no steeple? You will have to wait until you arrive!

Visit the well stocked, licensed village shop, housed in what was once the village school, with a coffee bar, in-store bakery, and the Post Office on Wednesday mornings.

Places to visit whilst staying at Coachmans Cottage:-

The Courts, Holt near Bradford on Avon A, BA14 6RR curious National Trust English country garden is full of differently styled garden rooms, each with their own surprise. 6 miles from Coachmans Cottage.  https://www.nationaltrust.org.uk/the-courts-garden

The Peto Gardens, Iford Manor. BA15 2BA. Built into the steep hillside, so terracing is important in the design. Peto was attracted by the charm of old Italian gardens, where flowers take their place amongst the cypresses, broad walks, statues and pools. 8 miles    https://www.ifordmanor.co.uk/

Hills, water and classical architecture overlaid by a fabulous collection of trees and shrubs, Stourhead first opened in the 1740's. Breathtaking in any season. 20 miles BA12 6QD   https://www.nationaltrust.org.uk/stourhead

Prior Park Landscape Garden surrounding the Prior Park estate in Bath, BA2 5AH. Designed in the 18th century by the poet Alexander Pope and the landscape gardener Capability Brown, now owned by the National Trust. 13 miles   https://www.nationaltrust.org.uk/prior-park-landscape-garden

Westwood Manor is a 15th-century manor house with 16th-century additions and 17th-century plaster-work in the village of Westwood near Bradford on Avon, BA15 2AF. 7 miles   https://www.nationaltrust.org.uk/westwood-manor

Longleat House, BA12 7NW. Be transported back in time by exploring this stunning example of high Elizabethan architecture – and the Capability Brown landscaped grounds surrounding it. Completed in 1580. And today the drive through Safari Park. 14 miles.   https://www.longleat.co.uk

The American Museum in Britain at Claverton Manor, BA2 7BD. Designed by Jeffry Wyatville, built in the 1820s on the site of a manor bought by Ralph Allen in 1758. Embark on a journey through the history of America, from its early settlers to the 20th century, with a remarkable collection of folk and decorative arts, showing the diverse nature of American traditions. The only Americana museum outside the USA. 13 miles   https://americanmuseum.org/

Wiltshire Music Centre is a 300-seat concert hall in Bradford on Avon, BA15 1DZ, described as having "the finest acoustic outside London".  8 miles  https://www.wiltshiremusic.org.uk/

Stonehenge, SP4 7DE. A prehistoric monument consisting of a ring of standing stones, with each standing stone around 13 feet high, 7 feet wide and weighing around 25 tons.  A world Heritage site.   18 miles   http://www.english-heritage.org.uk/visit/places/stonehenge/

Avebury is a Neolithic henge monument containing three stone circles, around the village of Avebury, SN8 1RF. One of the best known prehistoric sites in Britain, it contains the largest megalithic stone circle in the world.   18 miles  http://www.english-heritage.org.uk/visit/places/avebury/

Westbury White Horse, BA13 4TA.  A hill figure on the escarpment of Salisbury Plain a famous local landscape. Records suggest that the horse was originally cut in the late 1600s, probably to commemorate the Battle of Ethandun, thought to have taken place in AD 878.      4 miles

Lacock, SN15 2LG. With timber framed cottages and local shops Lacock looks much as it did 200 years ago. The oldest house, older than the 13th century abbey. A favourite with film makers notably Harry Potter and Downton Abbey  8 miles  https://www.nationaltrust.org.uk/lacock-abbey-fox-talbot-museum-and-village/

Salisbury Cathedral, SP1 2EJ. Formally known as the Cathedral Church of the Blessed Virgin Mary, an Anglican cathedral, and one of the leading examples of Early English architecture.   28 miles  https://www.salisburycathedral.org.uk/

Wilton House is an English country house near Salisbury, SP2 0BJ. The country seat of the Earls of Pembroke for over 400 years, dating back to the 1540’s With over 22 acres of parkland and gardens    26 miles http://www.wiltonhouse.com/

Caen Hill Locks, SN10 1QR. A flight of locks on the Kennet and Avon Canal, between Rowde and Devizes. The 29 locks have a rise of 237 feet in 2 miles or a 1 in 44 gradient. The locks come in three groups   9 miles  https://canalrivertrust.org.uk/places-to-visit/caen-hill-locks

The Victorian brewery in Devizes, SN10 1JW, is the iconic part of our heritage. The tower brewery, built in 1885, is a real landmark in the town Book a brewery tour at the award winning visitor centre   9 miles  https://www.wadworth.co.uk/visitor-centre

The Roman Baths, BA1 1LZ, in the heart of the World Heritage City of Bath, consists of remarkably preserved remains of one of the greatest religious spas of the ancient world. The city’s unique thermal springs still flow with natural hot water.    15 miles  https://www.romanbaths.co.uk/

The Fashion Museum Bath, BA1 2QH, holds a world-class collection of contemporary and historic dress. Opened in the Assembly Rooms in 1963 and founded by Doris Langley Moore, a designer, collector, writer and scholar, who gave her famous private collection of costume to the city of Bath. 15 miles https://www.fashionmuseum.co.uk/

A museum, decorated and furnished as it might have been during 1776-1796. The rooms feature furniture, pictures and objects revealing what life was like for Bath’s fashionable residents – upstairs and downstairs. BA1 2LR   15 miles http://no1royalcrescent.org.uk/

The Holburne Museum, BA2 4DB. The city's first public art gallery, the Grade I listed building, is home to fine and decorative arts built around the collection of Sir William Holburne.  15 miles https://www.holburne.org/

Find Antiques at our other site www.theantiquessource.co.uk

High Street. Green and Church beyond

Morris Dancing outside the local pub

Getting ready for the village fete 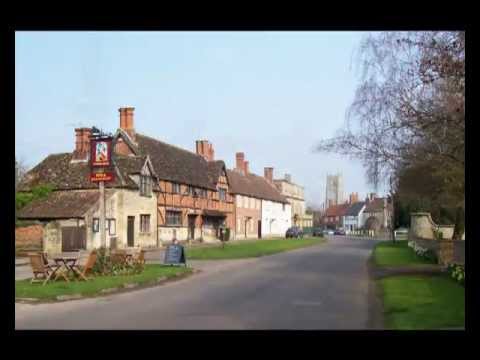 Take a Tour around Steeple Ashton and the Area

Charming, Cosy Cottage Holiday Penny gave us a wonderful welcome with brownies, fresh bread and home made marmalade. The cottage is lovely, clean and warm and very well equipped. It was a perfect bas ...